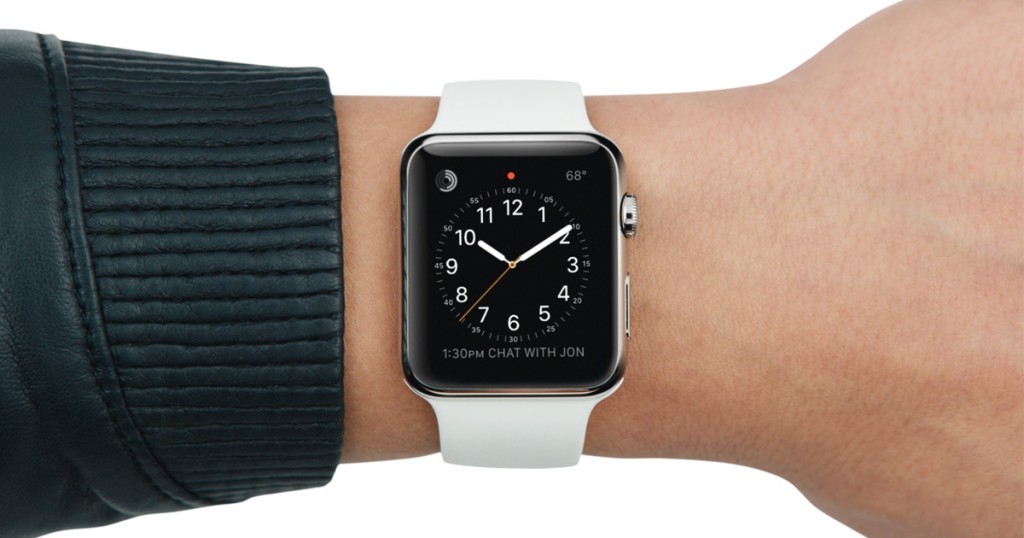 I got my Apple Watch back in June. On Father’s Day to be precise.

It was a bit of a whim really. Well, let’s say, an increasing professional interest crescendoing in an impulse purchase (egged on by my gadget-loving kids).

My prefrontal cortex persuaded me that it was necessary for work (which is partly true, as I am hosting a session on Wearables for the Content Marketing Association so, you know, I need one).

I was intrigued by the post on Mashable this morning, where Marc Newson is reported responding to critics of the Watch who say it’s been a fail on Apple’s part:

As far as I’m aware, it’s been enormously successful however you gauge it. The point is, it’s the beginning of something. I think people, consumers or analysts, whoever, are so impatient. Everyone wants immediate, instant recognition, instant understanding.

He’s right. It’s far too early days for people to writing off an entire product category. It may not be the instant success that the iPod, iPhone or iPad created, but my experience with the watch has shown me that the wearables category has huge potential.

Here’s an unstructured brain blurt on what I’ve found so far being an Apple Watch user. (Note of caution – I am an Apple fanboy, but I’ve really tried to be objective here).

I got an iPod in 2002 and told everyone and anyone that would listen that they needed an iPod.

I got an iPhone 2009 and told everyone I could that they needed an iPhone.

I got an iPad in 2010 and told everyone they needed an iPad.

This is the first Apple device that I’m not hell-bent on recommending. I mean, I like it, a lot. But it’s not a gotta-have-one-coz-it-will-change-your-life type of device. Not yet anyway.

Having said that, I did persuade two of my friends to buy one. To be fair, they didn’t need much persuading, as they both work in media and technology. It was a nudge not a shove. (I’m still waiting for my commission from Apple).

2. It has changed my behaviour

This is especially true for light interactions, such as glances and notifications. I had to set these up, as I don’t want notifications for everything (it can  be overwhelming), but the most useful nudges include:

This may seem trivial, but it’s enhanced my life. Who knows, it may signal the end of the mobile device’s affront on our natural conversation.

I guess this is a no-brainer, considering the size of the screen. I have only experimented with a few content applications, such as the BBC News app and Flipboard, but it is really only useful for giving you a headline.

That said, it does a good job of handing you back to the iPhone for the full article if you want to read more after the headline and intro. I’m excited to see what content producers do for this kind of wearable device (and we’ll be learning more about that at the CMA Digital Breakfast next week – tickets are still available).

It’s not that bad having to charge your watch overnight. And it easily lasts a full day – sometimes a day and a half.

The bigger issue is the drain on the iPhone battery, as the bluetooth connection puts a strain on that. But after intensive use for the first few weeks I’ve now managed to settle into regular usage and I get a full day’s battery life for both devices.

This came together really well for me. The new Apple Music service launched soon after, and although I have a few UX grumbles, I really like the curated content, recommendations and playlists on there.

The watch allows you to play any of the playlists on your iPhone (and sync one playlist if you want to go out for a run without your phone) and so I bought some bluetooth headphones and I have to say this is just great.

It may not sound like much, but controlling your pause, play and shuffle modes from your watch is so much easier than getting the phone out each time.

6. Siri has got better

I use Siri occasionally on my iPhone, but I’m using it all the time on the watch. Because screen space is limited, typing is difficult, it makes perfect sense to speak into it to compose texts and so on.

Add to that the fact that Siri has improved by a remarkable degree, in both speed, responsiveness and accuracy.

I thought this might be just me but another UK user I know has had the exact same experience. Clearly Apple have planned this as a crucial aspect of the Apple Watch experience and have done some serious upgrading to the Siri service.

Here’s the thing that iPhones taught us – a smart thing is better than a non-smart thing. The idea of going back to a Nokia brick just makes me shudder (we gave one to my 11-year-old daughter as a first phone, and it’s reminded me what a miserable experience pre-smart phones were).

The Apple Watch seems to be the far and away market leader in terms of sales, so I feel I’ve made the right decision. And even if it wasn’t the market leader, it fits so well into my Apple ecosystem of music, messages, and so on, that it’s the natural choice for me.

I guess the major issue is the price. I swallowed the £350-odd I spent on it, but that was because I (persuaded myself) it was necessary for my work.

It’s not going to hit the mainstream, though, until it comes down significantly from that price level.

And when it gets that inevitable killer app, just watch it fly.