‘So does this mean the end of the list article?’

That’s what a fellow content marketer asked after Facebook announced that it’s fighting back against bogus headlines with its new anti-clickbait algorithm.

The answer is ‘no’. The list article is here to stay, and here’s why…

Far from being a recent digital phenomenon, the listicle has long thrived in specialist and general interest magazines, as well as longer formats like books (think Seven Habits of Highly Effective People).

There are various theories as to why list posts work so well, but it boils down to this: ‘[a list] promises upfront to condense any subject into a manageable number of discrete facts, or at least factoids.’

In other words, there’s a strong editorial benefit for the reader. You’re making it easier for your audience to read your content.

That said, if you want to stay on the right side of Facebook’s algorithm, you’ll need to do it well. I want to focus here on the three types of list article that you can write, with a few thoughts on best practice for each.

A short list of tips is a great way to offer benefit-driven content for readers in a hurry.

Abreena Tompkins, instruction specialist at Surry Community College, researched over 300 articles and discovered that: ‘The brain can process no more than nine items in a sequence, and it actually does this much more efficiently with three or five.’

For this reason, I suggest that tips articles are best restricted to 3, 5, 7 or 9 in number. Although you can go higher to generate curiosity about your topic (just don’t expect people to remember them).

When you want to pique curiosity, it seems that unusual numbers get more attention. Gilad Lotan has written a fascinating post on Medium sharing his insights into why odd numbered lists perform significantly better on Buzzfeed than even numbered lists.

If we look the bar chart by audience score we see… odd number length listicles (highlighted in red below) tend to have a higher audience score on average, where in our dataset, the number 29 tends to have an advantage over the rest. 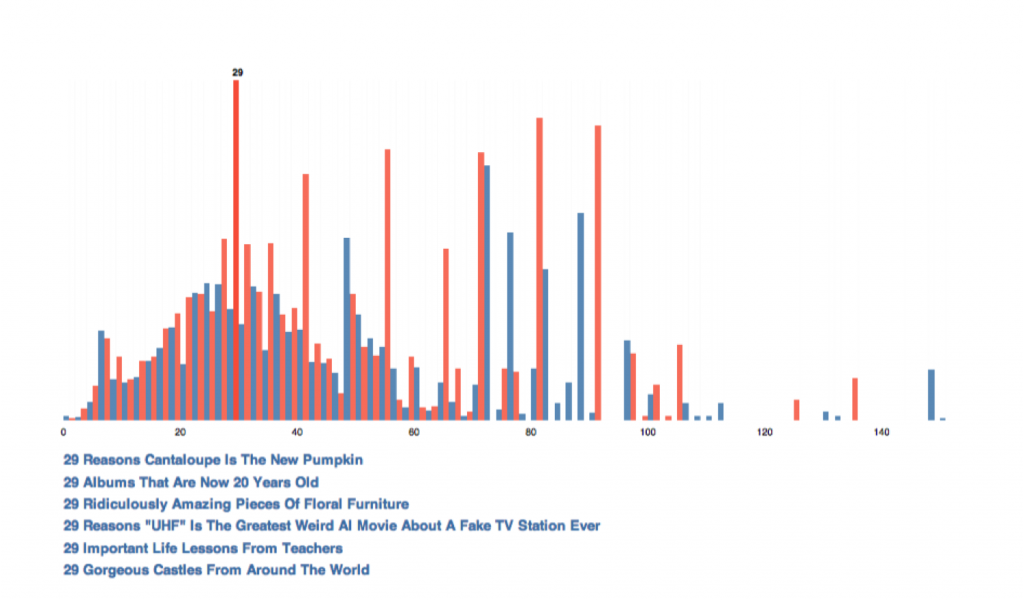 Use this when you’re rounding up products or events that you want to highlight. For example:

The best numbers for this approach are round numbers ending in ‘0’. According to a Forbes article, there is a reason for this:

Recently, marketing scholars Mathew S. Isaac of Seattle University and Robert M. Schindler of Rutgers University conducted a simple little test of this web norm. They searched the term “top [number]” in Google using all numbers 1 through 100. Those ending in zero dominated, followed closely by those ending in five. 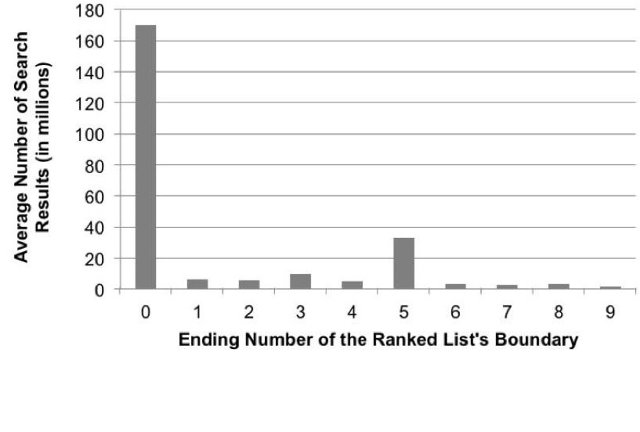 Nothing beats a good list article for gaining attention and engagement. But bear in mind that there are plenty of good listicles out there competing for attention, so yours has to stand out.

If you follow the formats above you’re more likely to hook your reader and get them to read on.

I’d love to hear your thoughts, so if you’ve got any advice for people writing listicles, please leave it in the comments below.